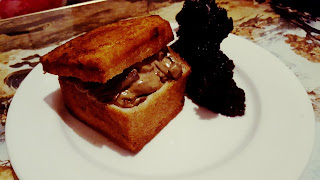 Life is too short to stuff a mushroom
Shirley Conran


Goodness knows what Shirley Conran would have thought of this recipe then! It’s the last one in the Vegetables chapter of the book and I have put it off since the beginning, because life’s definitely too short to build a bread snuffbox and stuff it with mushrooms. 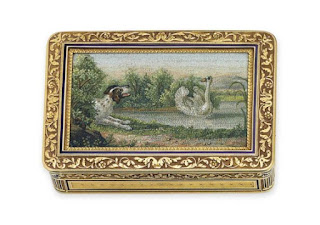 Another reason I’ve put this one off is that Jane says it’s a ‘good recipe for stretching a few field mushrooms’, and I have been unlucky when it comes to foraging for this type of fungus. I either find just one or two miniscule specimens, or loads of shaggy inkcaps, which aren’t great and prone to decaying very quickly. Well I ran out of patience and bought some nice organic Portobello mushrooms from the excellent grocery store, Unicorn in Chorlton, Manchester.
This is a very calorific recipe: lots of butter, fried bread, cream and sherry. If you make it and next day wake up with gout, don’t run crying to me: you were warned.

Jane doesn’t say whether this a single course or an accompaniment to something else. I had mine with some bitter, dark kale to offset the richness.

She also doesn’t give us any amounts – ‘a system rather than a proper recipe’, she says. Here’s what I did: 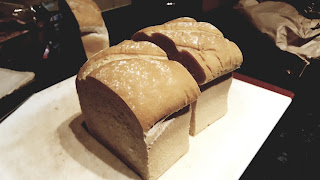 I cut slices of bread from a tin loaf two inches thick and removed the crust. I reckoned I had enough mushrooms to fill two ‘snuffboxes’. I melted some butter in a frying pan over a medium heat and got to work frying the bread. It needs frying on all sides, so you may find you have to add more butter. 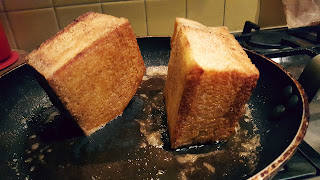 Take the giant croutons out of the pan, add more butter and fry a finely chopped onion until golden, then add your mushrooms, which can be sliced, halved or left whole, depending upon size. Season with salt and pepper. Some mushrooms let out a lot of juice, so get the heat turned up so it can evaporate, before turning back down to medium heat. 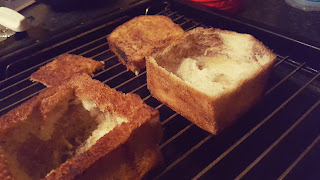 Whilst you wait for the mushrooms to cook, cut lids into your snuffboxes about half an inch deep. I wasn’t sure if she meant to cut a square from the top, or that you should just slice the top off, so I tried both to see which looked best. Remove the bread from the inside so that you have a box of fried bread; this was actually very easy to do, the bread within was hot and fluffy and just lifted out. 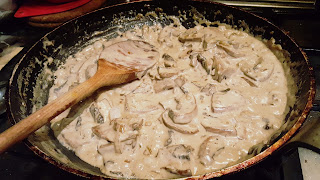 Keep them warm in the oven as you finish the mushroom mixture: mix in a teaspoon of flour, and once incorporated, plenty of double cream (I used a 150 ml pot) to form a smooth sauce. Add a dash of sherry if you like and check the seasoning. Spoon the mixture into the snuffboxes, replace the lids and serve. 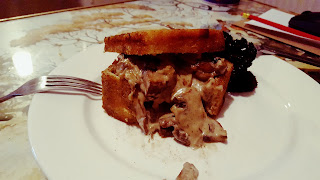 #426 Mushrooms in Snuffboxes. As is often the case with the book English Food, the recipes one doesn’t want to cook, turn out to be the most delicious; and these snuffboxes were very delicious indeed. What’s more, they weren’t particularly difficult to make. It’s tricky to know what to serve them with. I suggest making them smaller and serving them with a watercress salad for a great first course. Alternatively, make large ones and serve alongside roast game for a family meal. 8/10
Posted by Neil Buttery at 6:40 PM