This is a recipe that comes from the 18th Century that unusually combines shellfish with orange – in particular the Seville orange and this is the final recipe in the book that uses them. It’s been interesting to see the diverse recipes for these bitter oranges that I used to think were used solely for making marmalade. Now that I appreciate such things, I was looking forward to this one.


If you are not a fan of shellfish, Jane says that white fish such as sole and whiting can be substituted quite easily.


This recipe serves 6 people, but it can be easily scaled up or down. 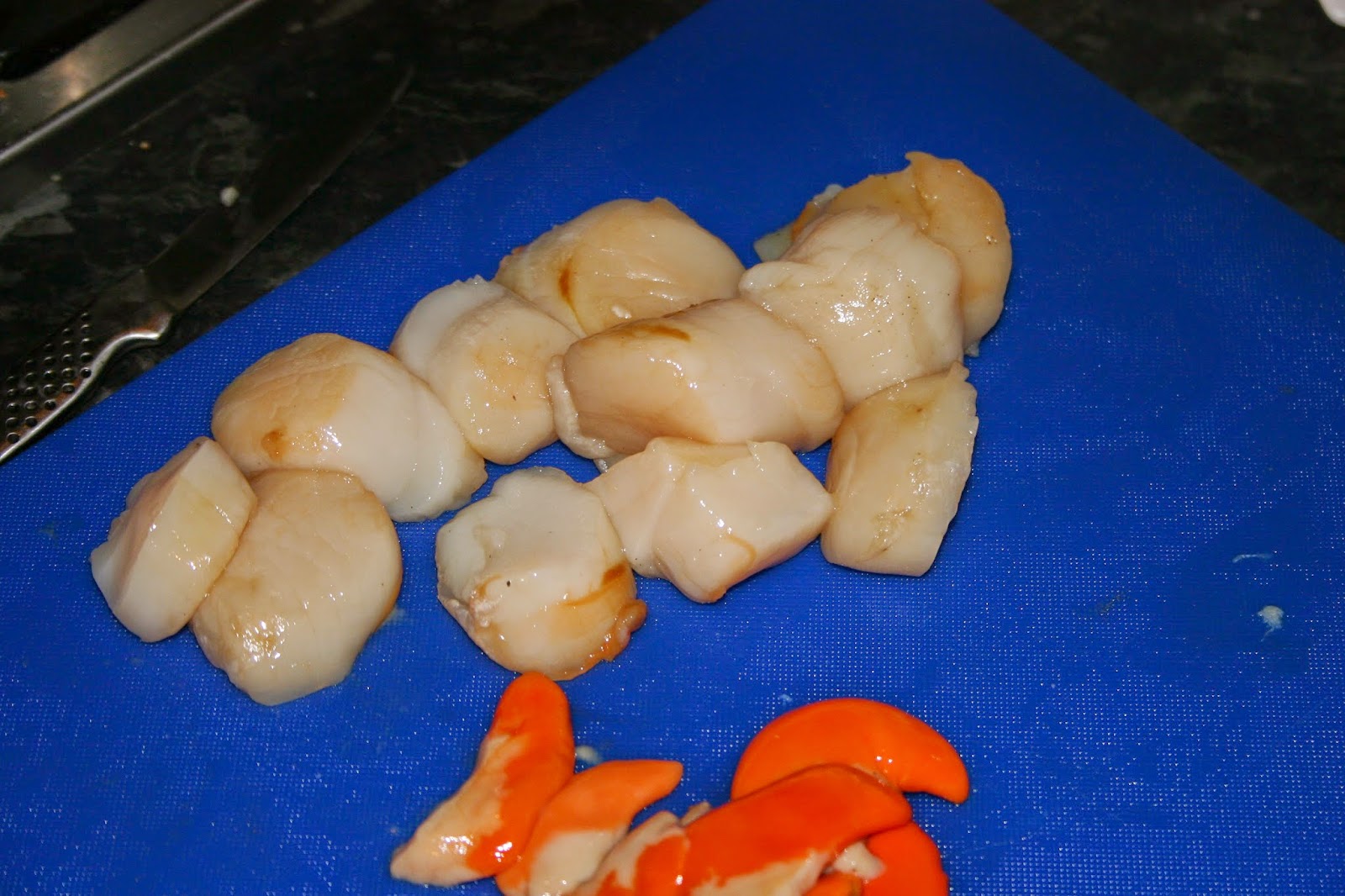 Although it's not mentioned, use the corals in this recipe too.
Waste not, want not!


To start, simmer together ¼ pint each of water and dry white wine along with a tablespoon of white wine vinegar, ½ teaspoon of ground mace and 2 cloves in a saucepan for 5 to 10 minutes or so. You have essentially made a very simple court bouillon. Season the water with salt and pepper, and then prepare your scallops. Cut 18 scallops in half lengthways and pop them into the water. The scallops need poached only briefly in just simmering water. I left mine in for 2 minutes only, though I reckon 90 seconds might have been better.


Quickly, fish out your scallops with a slotted spoon and keep them warm and covered. Strain the stock and reduce it to a volume of around 8 fluid ounces. Whilst you wait for that to happen, make a beurre manié by mashing together ½ ounce of softened butter with a tablespoon of flour.


When the stock has reduced, turn down the heat to a simmer and whisk in small knobs of the butter-flour mash to thicken the sauce. Let the sauce simmer without boiling for a few minutes to cook out the flour and then add the juice of a Seville orange (failing that the juice of a regular orange and the juice of half a lemon). Check the sauce for seasoning and add more salt and pepper if needed. If you want a richer, more luxuriant, sauce beat in an egg yolk and 3 tablespoons of cream. For some reason I added some parsley to the dish, though it doesn't say so in the recipe.


Place scallops in a bowl, pour over the sauce and serve straight away. Jane suggests serving the scallops with #176 Samphire or with #382 Laverbread as a Sauce. 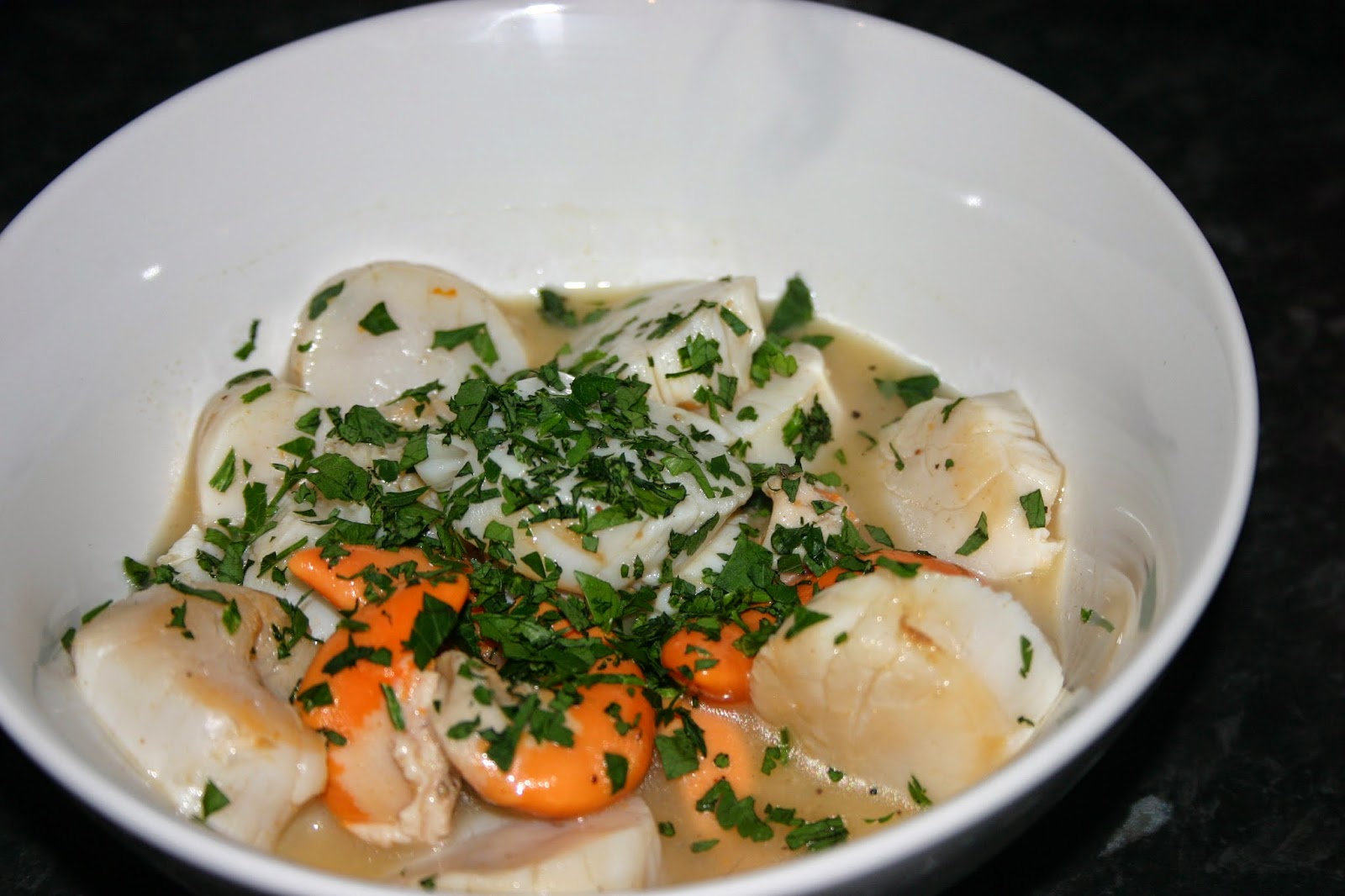 #392 Stewed Scallops with Orange Sauce. Intriguing though the recipe was, it didn’t quite live up to my expectations. I didn’t think the flavour of the oranges and scallops married that well, perhaps because the sauce was rather sharp. I think with some tweaks, however, this could be made a lot better or even reimagined as a scallop and orange salad or something like that. Just below mediocre, 4.5/10.
Posted by Neil Buttery at 8:31 PM No comments: