So, I have completed another section of English Food! The Biscuits section of the Teatime chapter was quite short with only nine relatively easy recipes; yet it has taken me all this time to bake them!
That said, it’s a surprise that it is so short, as there is a great tradition of biscuit-making with many diverse regional recipes. Jane reckoned that biscuits are one of the few successes of the manufacturing industry, meaning folk are more reluctant to bake them today. She’s probably right, and I expect it is why the section is so short. 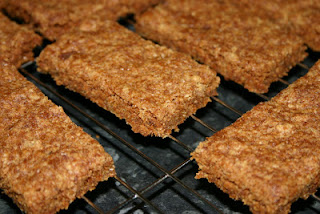 Grasmere Gingerbread II
Biscuits come in essentially two forms in Britain: sweet and savoury, the latter more often called crackers. They all have a common ancestor: the ship’s biscuit. A hard, dry rusk that could survive long journeys at sea without spoiling. They were boring, but provided sustenance, often crumbled into broth or hot drinks; our love today for dunking our biscuits into tea and coffee is a throwback to this.
The original biscuits were made from breadcrumbs, reformed and baked in cooling bread ovens (biscuit literally means ‘twice-baked’). Biscuits began to get rather more interesting during the times of the Crusades where the laying down of the spice trading routes, brought not only spices but also sugar (then considered a spice) to Britain. More upmarket biscuits were a mixture of honey and fresh breadcrumbs and were highly-spiced – a Mediæval recipe is included in the book and very good it is too.
But it is descendants of the hard and dry ship’s biscuits that have survived  – Grasmere gingerbread, shortbread, digestives, Rich Tea, Hob Nobs, cream crackers, Ritz crackers, Nice biscuits are all based on them! The list is almost endless. 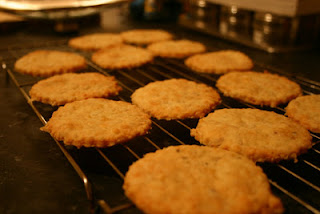 Cheese and Oat Biscuits
Perhaps it is not the most exciting part of the book, but I there are some real gems in here. I have used  Jane’s recipes for Shortcakes and Grasmere Gingerbread since I first started The Buttery, and the excellent Brandy Snaps were used as part of the dessert in my very first pop-up restaurant. I’ve not found better recipes to this day.
Biscuits are much easier to make than cakes or breads, so if you haven’t done much baking, they are probably a good place to start – though they do have to be watched as they do catch easily. 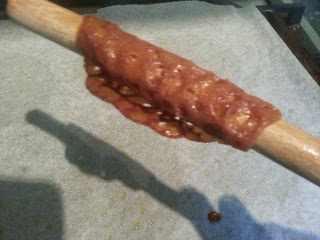 Posted by Neil Buttery at 6:02 PM No comments: