The poor old hare has had its ups and downs throughout British history. Before I go on, I should point out that there are two species of hare in mainland Britain (and three in Ireland); the indigenous mountain hare that ranges across Scotland and Northern England as well as much of Northern Europe, which turns a beautiful white in the wintertime. The other species is the brown hare, which was introduced to Britain by the Romans in farms, called leprosaria, during the 1st century BC. Of course, it wasn’t long before some escaped and rapidly spread through England and into Wales. 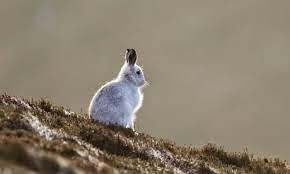 Hares in Myth, Legend & Folklore
Back in pre-Christian days, Œstre the Pagan Goddess of dawn, fertility and rebirth had a hare that was her light-bearing guiding spirit. The hares’ behaviour during springtime – the boxing and leaping ‘Mad March Hares’ – readily associated with the new season. The hare was the original Easter Bunny – check a good dictionary and you’ll see that the bunny was another word for hare not rabbit! In fact, the hare that belonged to Œstre laid an egg - the original Easter egg!
Hares can apparently be easily tamed – it is said that Boudicca, Queen of the Icini tribe, had a pet hare that went with her everywhere.
However, the reverence was not to last once those pesky Christians arrived on British shores. The festival of the winter solstice became Christmas and the festival of Œstre became Easter. The name essentially stayed the same and several traditions and characters were kept such the Easter bunny and the celebration of the egg as new life – all to make the change from Pagan to Christian less of a bitter pill to swallow. However, Œstre herself and her hare were not treated so well; she became a witch, and the poor hare her familiar. Superstitions soon arose and it was considered very bad luck if a hare crossed your path. 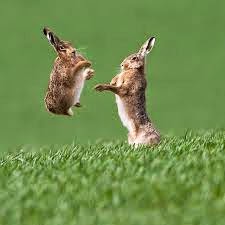 Here’s an example found in a great book called Folklore of Yorkshire by Kai Roberts:
A farmer in a place called Commondale suspected that a witch called Au’d Molly was shape-shifting into a hare to steal the milk from his cows in the night. He was instructed to stand guard with a shotgun armed with silver bullets. However, the wily witch-hare sneaked up on him, leaping out, giving the farmer such a shock, he turned on his heel and fled.
Other hares were not so lucky; a witch in Eskdale was using her hare to gather together and control a mob of hares in order to wreak havoc in the town. In this case her hare was shot with a silver bullet, and the witch, at once, ‘flung up her hands as she was carding wool and cried, “They have shot my familiar spirit!” whereupon she fell down dead.’
Hunting Hares
Hares were chased – ‘coursed’ – through fields and caught in nets in elaborate set ups involving houunds. In fact, they were hunting hounds’ quarries long before foxes were hunted. Today, hunting with dogs is banned and so they are more commonly shot now, which used to be considered a terrible crime. Under Norman Forest Law, the hare became one of the noble beasts that could only be hunted by the King and other gentry.
However, in the late nineteenth century hares were declared vermin in Ground Game Act of 1880, where hares could be shot, snared and netted all year round. They had become a problem when modern farming methods were adopted and a single hare could eat 40 pounds of vegetation in a week! It became a hare free-for-all. Although they could be shot any time of the year, they could only be sold between August and February.
The declining hare population was then hit very hard during the myxomatosis outbreak in the 1970s. The laws created in 1880 still stand today.

Have a look at this previous post that briefly discusses hare conservation.
Hare Recipes
As with the other recipes in the Game section of the Meat, Poultry & Game chapter, the entry for hare is brief. Here it is:
roast (young hare only): lard, jacket of pork fat, 40 minutes per kilo (20 minutes per pound), mark 6, 200⁰C
serve with: forcemeat balls, redcurrant jelly, port wine sauces, e.g. venison sauce.
jugged or stewed (older hare): pages 208, 209
Click the links to see the recipes already cooked with older hare.
I had been putting this off after the disappointing roast #359 Rabbit I cooked a while ago. Plus, it’s important to get hold of a young hare. To tell if a hare is indeed young, its ears should tear easily. Of course, all the hares I get are skinned and headless. However, I did get hold one a small-looking one and assumed that it was also young.
To prepare the hare, I took to the books and found some good advice in The Game Cookbook by Clarissa Dickson-Wright and Johnny Scott and Food in England by Dorothy Hartley. The advice in both books was to truss the hare, sphinx-like, with string or skewers. I also larded it with streaky bacon and covered it in a good layer of back fat and pork skin and followed Jane’s cooking instructions.
When it comes to carving C D-W suggests slicing the meat from the saddle parallel to the backbone. Hugh Fearnley-Whittingstall suggests removing the saddle and roasting it alone. 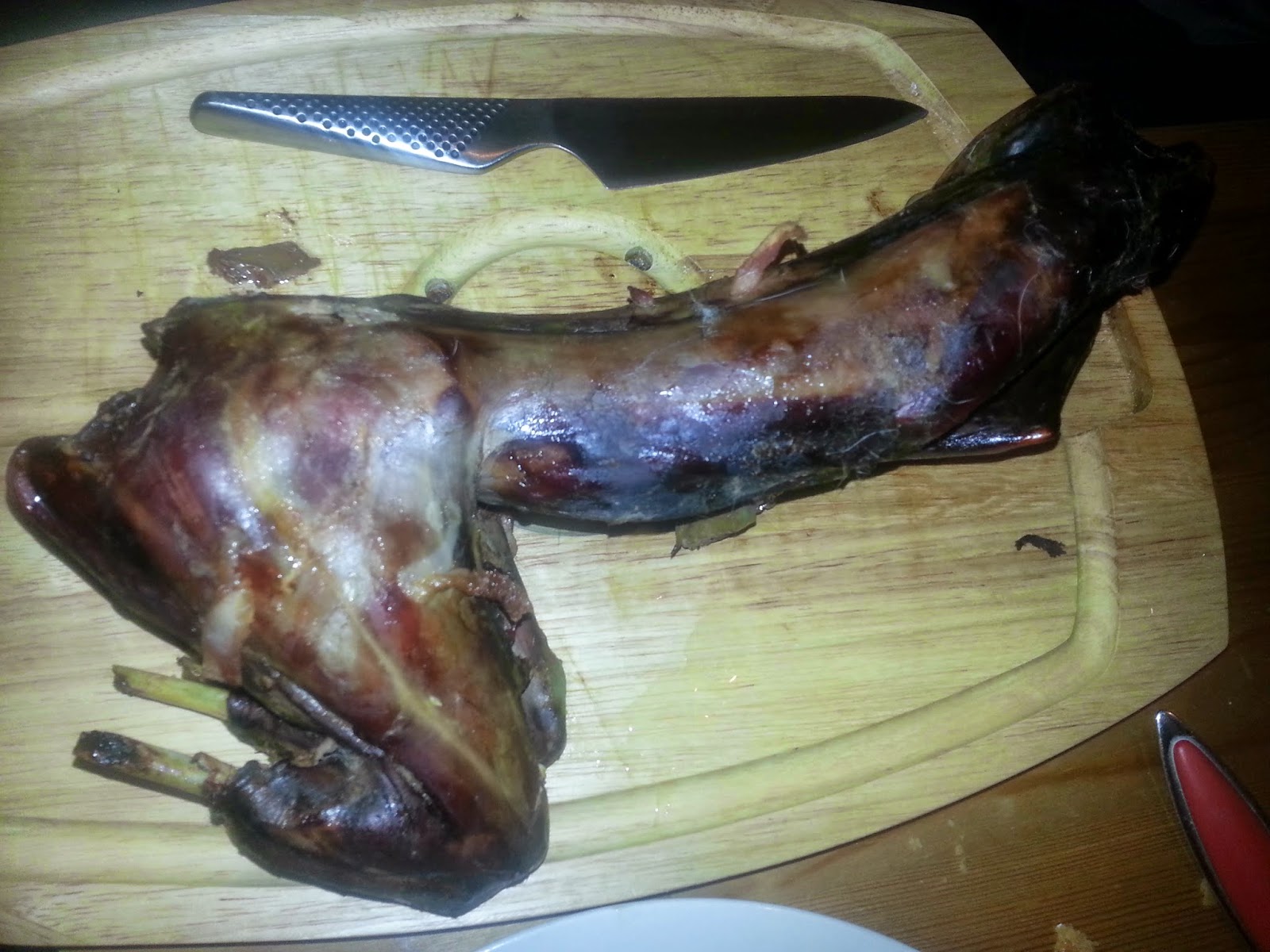 #393 Hare. Well as much I tried trussing, larding and covering in swathes on fat, the hare turned out to be as dry and tough of old boots. The flavour was good but essentially the whole thing was disappointing. The veg, forcemeat balls and venison sauce were good though. 3/10 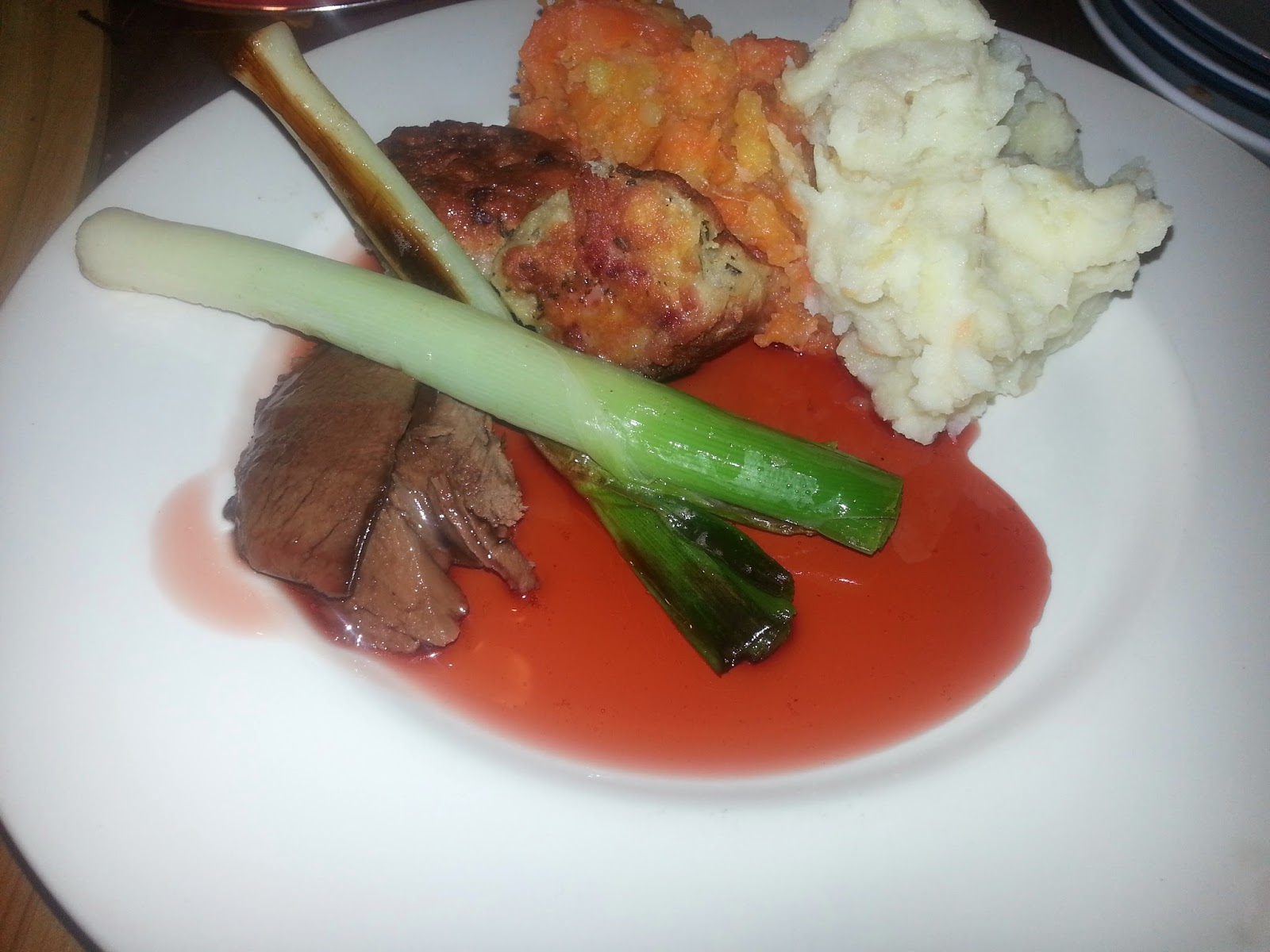