So with the baking of #419 Cobb’s Bath Buns I’ve completed the Bread section of the Teatime chapter, and it has been a mixed bag. Looking back over the posts, very few have stuck in my mind; in fact I don’t even remember cooking some of them! I have no recollection of #81 Northumbrian Wholemeal Scones, for example. What is strange is that I seem to score the recipes quite highly. I think it was just the novelty of baking bread creating bias; for the first time my house was being filled with the smell of freshly-baked bread, and I was getting to taste real bread made with fresh yeast. Even if it was a slightly stodgy, under kneaded doorstop. 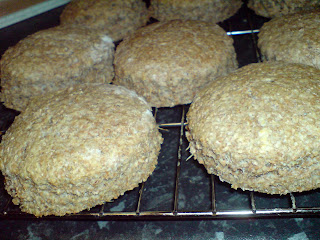 Jane doesn’t give much advice to the total novice and assumes we have an idea of the bread-making process. When she does give advice, it is wrong; for #53 Electric Dough Hook Bread, she advises us to mix the dough only briefly. This does not create a good, fluffy loaf, though I was impressed at the time. 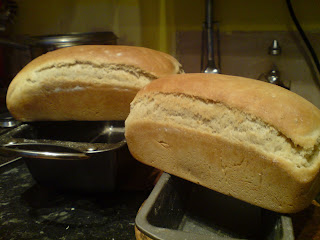 Electric Dough Hook Bread
However, it is Jane’s writing that provides such detail about the history of the recipes, one cannot resist getting interested, so I bought Elizabeth David’s tome, English Bread & Yeast Cookery, which again, got me hooked even more so. After baking many of her recipes, I was still finding the bread I was making not quite up to scratch. It was simply practise that got me there – trial and error, and getting used to the feel of dough that had been kneaded sufficiently to produce a good, light loaf. The penny dropped for me whilst I was living in Saint Louis. Only then, did I realise that some of the recipes work very well, but others really do not.


The real star of the chapter is the #224 Basic Bun Dough recipe which can be used to make #370 Chelsea Buns and (my personal favourite) #370 Chelsea Buns. #104 Wiltshire Lardy Cake piqued my interest and I worked on Jane’s recipe to produce one that works well for me, appearing on a pop-up restaurant menu as part of a dessert. I feel I really need to revisit others of the same ilk such as #227 Wigs and #274 Saffron Cake from Cornwall. 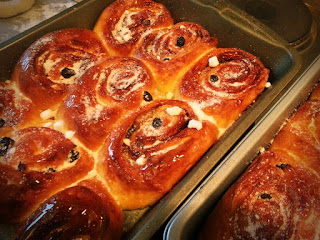 
Now you may think I am being critical – perhaps over critical – of my food goddess, but over and above what I think of the recipes within this part of the book, the end result is a chap who can now bake bread, knows what good bread is, and who will never, ever, buy a plastic-wrapped Chorleywood supermarket loaf ever again. Surely this is the point? 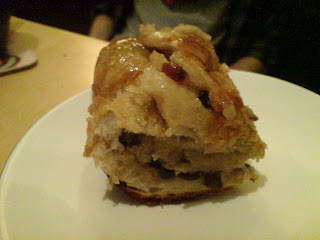 Here’s the full list of recipes as they appear in the book with their scores. The Bread recipes averaged out with a mean score of 6.9.