The herring and mackerel recipes in the Saltwater Fish section of the Fish chapter have been pretty hit and miss; from the sublime #386 Herrings in Oatmeal to the ridiculously rank #390 Isle of Man Herring Pie, so I was rather pleased that this is the final one of the book. That said, this one did not strike too much fear into me; rollmops are okay and this recipe was not a million miles away from them. 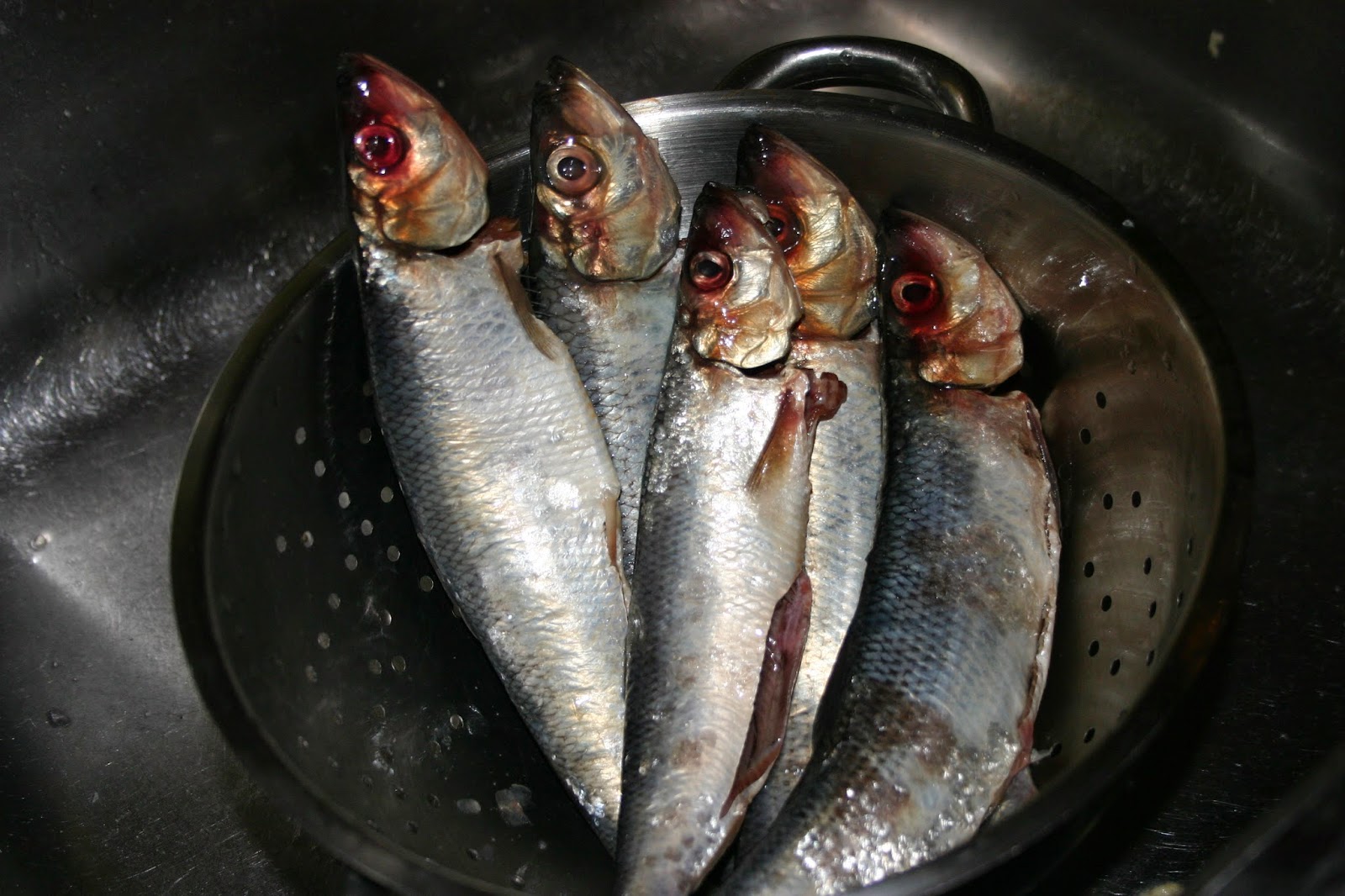 Pickled herrings are not really considered as an English food these days, more Scandinavian, yet they were enjoyed frequently, after all how else were those inlanders going to get to eat them prior o e invention of the train? Pickled fish were an essential part of a #334 Salmagundi as we discovered in (quite unexpectedly) the Poultry section.


When it comes to eating soused herrings, Jane suggests eating them the Scandinavian way: ‘serving them with a bowl of cream, beaten with lemon juice, salt and pepper, and flavoured with chives…[and] with wholemeal or rye bread and butter’.


This recipe is for 6 people, but as you’ll see, it is very adaptable to any number for folk.


First, select 6 good-looking, plump, red-cheeked herring and ask the fishmonger to bone them, removing their heads. Once home, season the herrings with salt and pepper, roll them up tightly, and spear with cocktail sticks to secure them. Arrange the fillets in an appropriate ovenproof dish, masking sure they fit closely.


Next, pour over a quarter of a pint each of good malt vinegar and water. Halve 3 bay leaves and thinly slice 3 shallots (or a medium onion) and tuck between the fish. Add to that a deseeded and thinly-sliced red chili and level tablespoon of pickling spice. 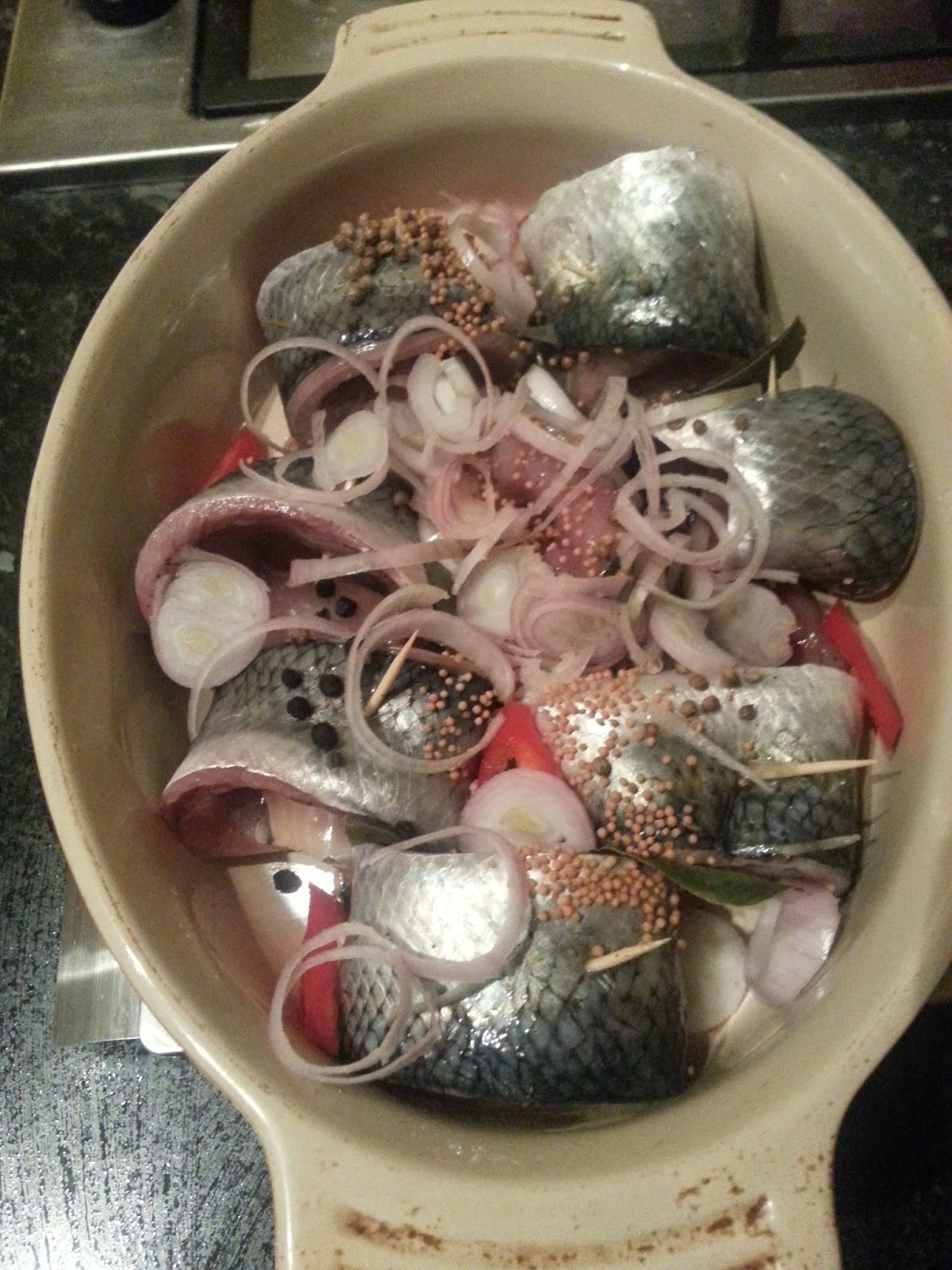 Cover the dish with foil and bake at 160⁰C for 45 minutes and allow them to cool.


If you don’t want to serve the herring in their baking dish, move them to a more suitable serving dish and sieve over the pickling liquor.


#406 Soused Herrings. Well this was a middling recipe really, not inedible but not very exciting either. The well-flavoured pickling liquor was much better than the liquor used for rollmops. However, rollmops they were, which are never going to have me doing cartwheels. 4.5/10. 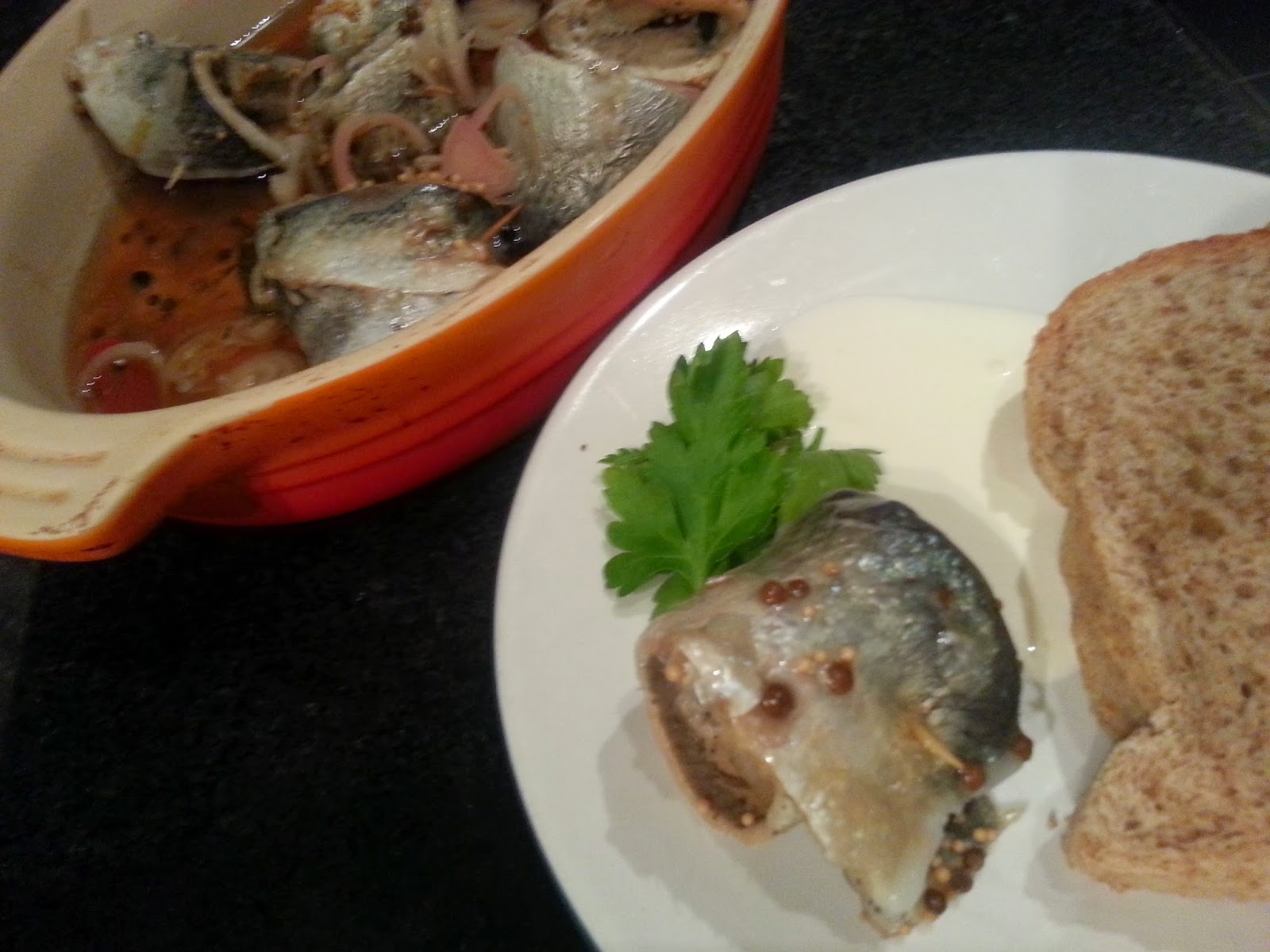 Posted by Neil Buttery at 9:07 PM No comments: