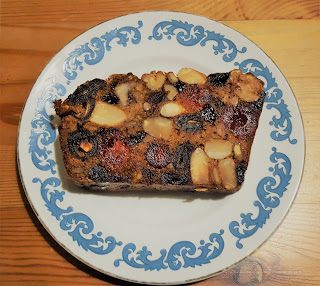 I think it’s fair to say that if it wasn’t for Jane Grigson – and therefore this blog – I wouldn’t be doing what I do now. Cooking and writing for a living was not what I had in mind when I started it; I just needed a way to practise writing for my PhD! I didn’t really know who Jane Grigson was, but I could see by the book English Food sat on my shelf, which someone else had bought me, that it was comprehensive and would be a challenge.


Jane Grigson died in 1992, but her voice and ethos certainly spoke to me loud and clear. Since her death, her influence is still strong for those in the know. But how do you get people not in the know to discover her? It’s certainly not by walking into a bookshop. I make a point of going into one and heading straight to the cookery section; only very rarely is there a Jane Grigson book to be found, yet there is often several by her contemporary Elizabeth David. 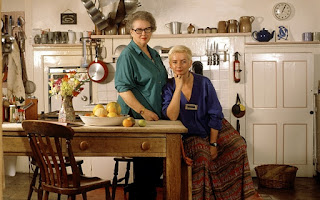 
Her death shocked and saddened people, and her family felt it the strongest, yet after her death her daughter Sophie discovered something in Jane’s kitchen. “We were sitting around shell-shocked, but then I found a Murrumbidgee cake in her larder. A beautiful thing, rich, dense, a favourite of hers. I cut slices of it, and we ate them, and it was wonderful. Her last gift to us.”


Jane would buy these cakes in Oxford, eventually getting hold of a recipe after several years of searching and put it in English Food. It’s a fruit cake so full of dried fruit and nuts that there’s barely any cake batter, rather like American fruit cakes, she says. The cake takes its name from the Murrumbidgee river in Australia, so how it ended up in Oxford I don’t know. 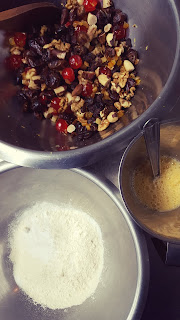 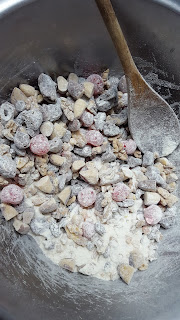 Now mix 3 ½ ounces of plain flour with ½ teaspoon each of baking powder and salt and five ounces of caster sugar. Sift these over the fruit and nuts, getting your hands in there to make sure they all get coated.

In a jug, beat 3 large eggs with a teaspoon of vanilla extract, pour into the fruit and flour and mix well until you have a stiff batter.
Pile in the mixture into the tin, pressing down the fruit and nuts and smoothing as well you can; I found this very tricky as there is so little cake batter but it all turned out okay in the end. 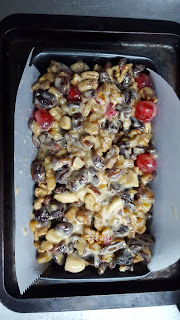 Bake for two hours, testing the mixture with a skewer to see if it’s baked, if during the bake, the cake looks as though it’s getting too brown, cover with brown paper.
Cool the cake for 10 minutes and turn out onto a clean tea towel and make several holes in the cake with a skewer. Feed it with some alcohol; Jane suggests brandy or rum, but you can use any spirit or liqueur you like, I went with rum. Wrap the cake in the towel, cover with cling film and pop in the fridge. Every week, for one to two months, feed with a little more alcohol. 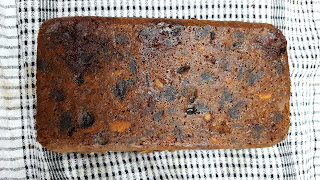 #431 Murrumbidgee Cake. This was a wonderful cake! I know fruit cakes like this are not everyone’s cup of tea, but I have to say it beats a Christmas cake hands-down, and as just as Jane says, there’s a good richness to the cake but without the sweet icing that usually adorns a fruit cake. The fruit was soft and the cake mixture deliciously moist. It’s quite an expensive cake to make, unless you eat a variety of dried fruit and nuts anyway and have them in your larder, but it is definitely worth it. It may not have become a British classic, but it is a Grigson family classic, and that’ll certainly do for me. 9/10
Posted by Neil Buttery at 2:03 PM

Thanks for this post. My mouth is watering. I love good fruitcake. Unfortunately, even expensive purchased fruitcase is full of preservatives and additives today. Have to make my own and will do this one.

It's a really good recipe. Alot of foll dislike a fruit cake but I think they're often made badly. This is an expensive one but certainly worth it. Thanks for the comment!