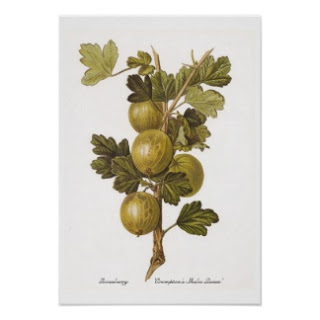 I don’t know; you wait four years for a gooseberry recipe and then two come along at once. This year’s season for all soft fruits seems to be never ending, so there might be a third one yet…


The gooseberry is a strange fruit, isn’t it? It’s as lovely and tart as rhubarb, and yet very few people eat it, and it is seldom ever seen at all in countries like the USA or France. It is certainly a very British fruit. Jane Grigson points out in her Fruit Book, that the French don’t even have a name for it, or rather, a name that distinguishes it from a redcurrant. What is really interesting is that neither do we! You see, the goose- part of gooseberry has nothing to do with geese, because it comes from the French groseille, which means red currant, and that ultimately comes from the Frankish word krûsil, meaning crisp berry. Don’t say I don’t never teach you nuffink.


This is a straight-forward pudding indeed. It is a ‘good homely pudding to make when gooseberries first come in’, says Jane.


Start off by melting together 2 ounces of butter and 4 tablespoons of soft dark brown sugar in the bottom of a flameproof soufflé dish – if you don’t have one (as I don’t), melt them in a pan and then tip the resulting mixture into the dish. 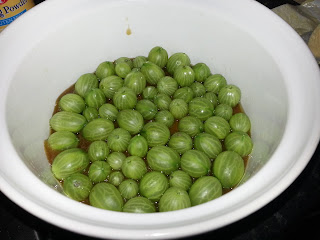 Arrange enough topped-and-tailed gooseberries in the dish then spread over one batch of pound cake mixture (for the recipe, see the post #47 Pound Cake from all the way back in 2008!). Of course, you can use other fruits: I would imagine that halved apricots or sliced Cox’s orange pippins would work very well. 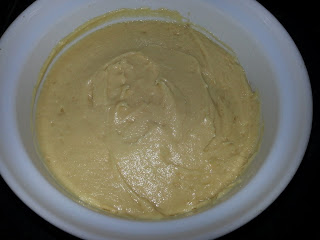 Bake at 180⁰C (350⁰F) for an hour.  A little before the hour is up, sprinkle over some granulated sugar and return the pudding to the oven. 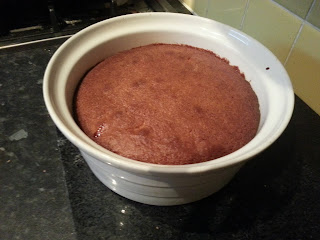 ‘Serve with plenty of cream, and put a bowl of sugar on the table in case the gooseberries were especially tart.’


#381 Baked Gooseberry Pudding. This was a great pudding! The layer of tart gooseberries was balanced well by the sweet cake topping that had developed a lovely dark, caramelised crust. A million times better than Eve’s pudding! 9/10 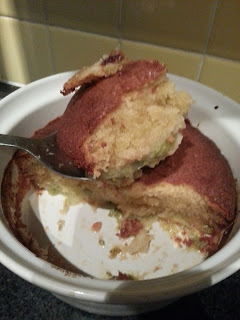 Made the same pudding with some rather scruffy raspberries - last of the main crop - and the first windfall apples last week. I weigh my eggs first for pound cake and then match with the other ingredients. I think Grigson missed a step in her pound cake instructions - I turn the oven down to 160C after 10-15 minutes depending on when I remember and then it does in fact take just over an hour. If I have the food processor out I use that when I'm making a pudding rather than a cake. A little denser but that works nicely with the fruit and caramel

It's strange because the pound cake with the gooseberries took the full hour, yet when done in a loaf tin it takes no time at all! I suppose that is due to the difference in surface-area:volume ratio.
I shall try turning the oven down after a bit the next time I do a pound cake....

Just made this with red gooseberries defrosted from the freezer. Turned oven down to 160 after 30 minutes as top fairly brown. Added sugar on top 5 minutes before end but think 5 or 10 minutes earlier would have been better. Tasted delicious, thanks.

This is a great, simple pud. Like a macho Eve's pudding. I make it every year now