Venison is the most widely-eaten game meat, outselling all other game put together. Venison is deer meat and six species live in the UK: red, fallow, roe, muntjac, sika and the fanged Chinese water deer. They all have different hunting seasons.
Deer are naturally very destructive animals, they can destroy whole forests during winter where they scrape away the bark of trees to get to their nutrients. Because of this, deer species must be managed within their habitat. In other words, they need to be culled. Things were okay when there were plenty of natural predators, of course, but we humans have stuck our oars into our countryside and woodlands far too many times, meaning that a cull would have to occur, even if we all went vegan tomorrow. 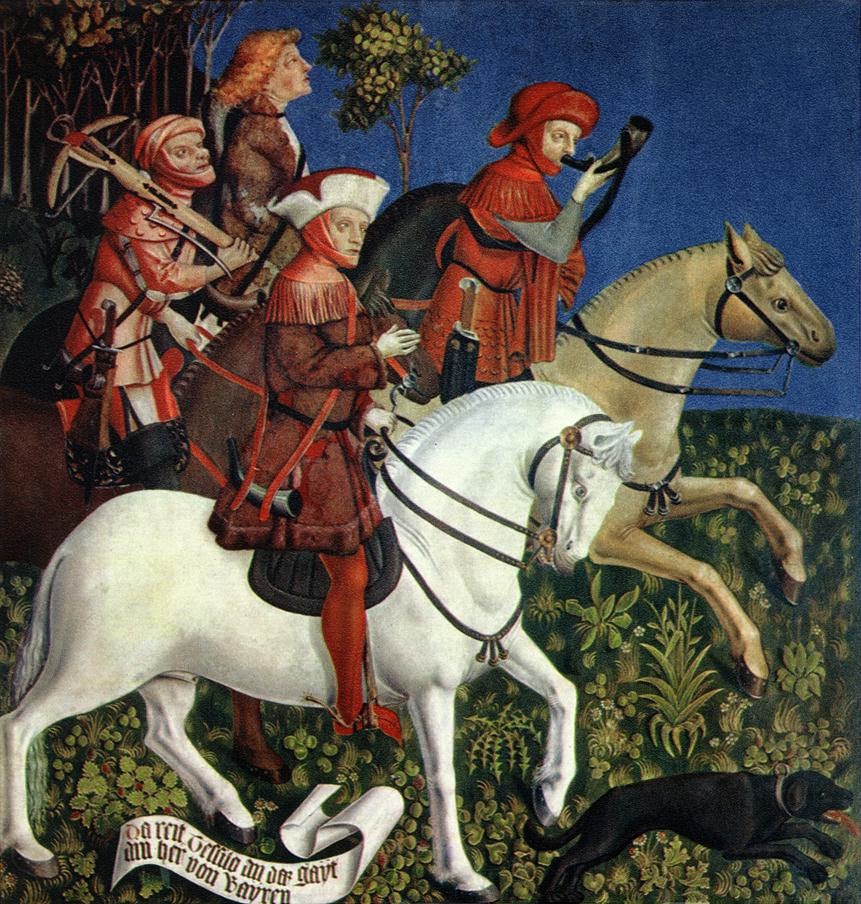 Of course, it wasn’t always the case. Back In Mediaeval England, Royal hunting preserves covered thirty percent of the country. Then, all beasts of Venery and all beasts of Chase, essentially belonged to the monarch and only he and some hand-picked members of the aristocracy were allowed to hunt them. These animals were culled selectively and were a precursor to our modern methods of habitat management.
FYI: Beasts of the Forest were split into three groups.
Beasts of Venery: hart (i.e. stags), hind (red deer), hare, boar and wolf
Beasts of Chase: buck, doe (fallow deer), fox, marten and roe
Beasts of warren: coney (rabbit), pheasant and partridge
Anyway, once you have your venison chops or steaks, of whatever species or sex, here is Jane’s advice for what to do with them: Well-hung venison chops and steaks may be grilled in the same way as beef steaks. Serve them with the usual venison accompaniments, a port-wine sauce [such as #44 Cumberland Sauce or #394 Venison Sauce] or [#114] quince jelly, French beans and mushrooms or an orange and celery salad, and roast or fried potatoes or game chips [see#122 Roast Pheasant]…It is, however, a good idea to wrap them first in a piece of softened caul fat [see #373 Faggots and Peas], to act as a permanent basting. Season them with salt and plenty of black pepper first. Allow 15-20 minutes, turning them once, under a high heat. 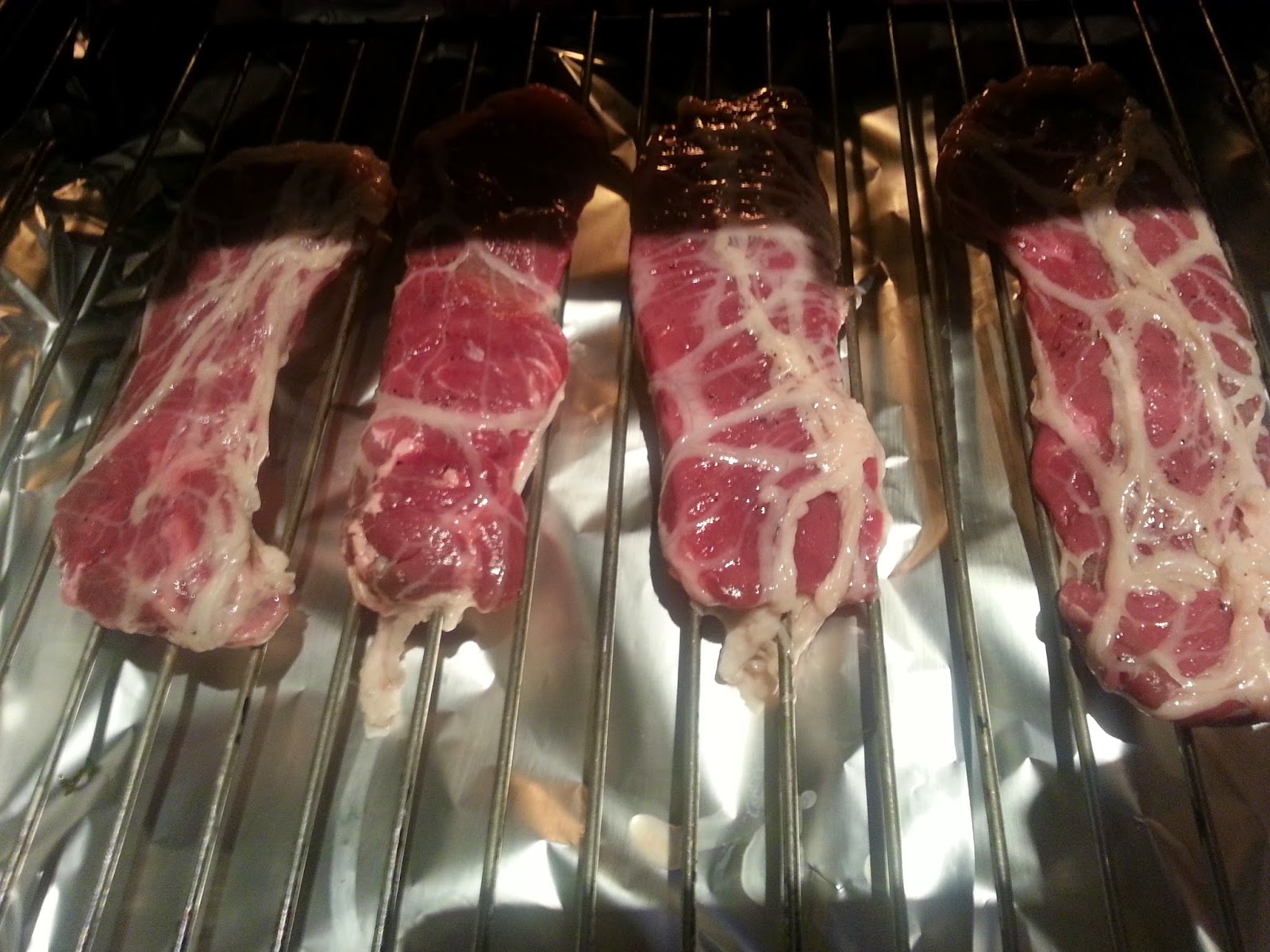 I think Jane is assuming here that your steaks are a good inch to an inch and a half thick. Mine were much thinner than that, so I grilled for a mere 5 or 6 minutes in total. Really high heat, nice and close to those grill flames, or, in my case, electric elements. Apart from that, I was a good boy and followed her instruction. 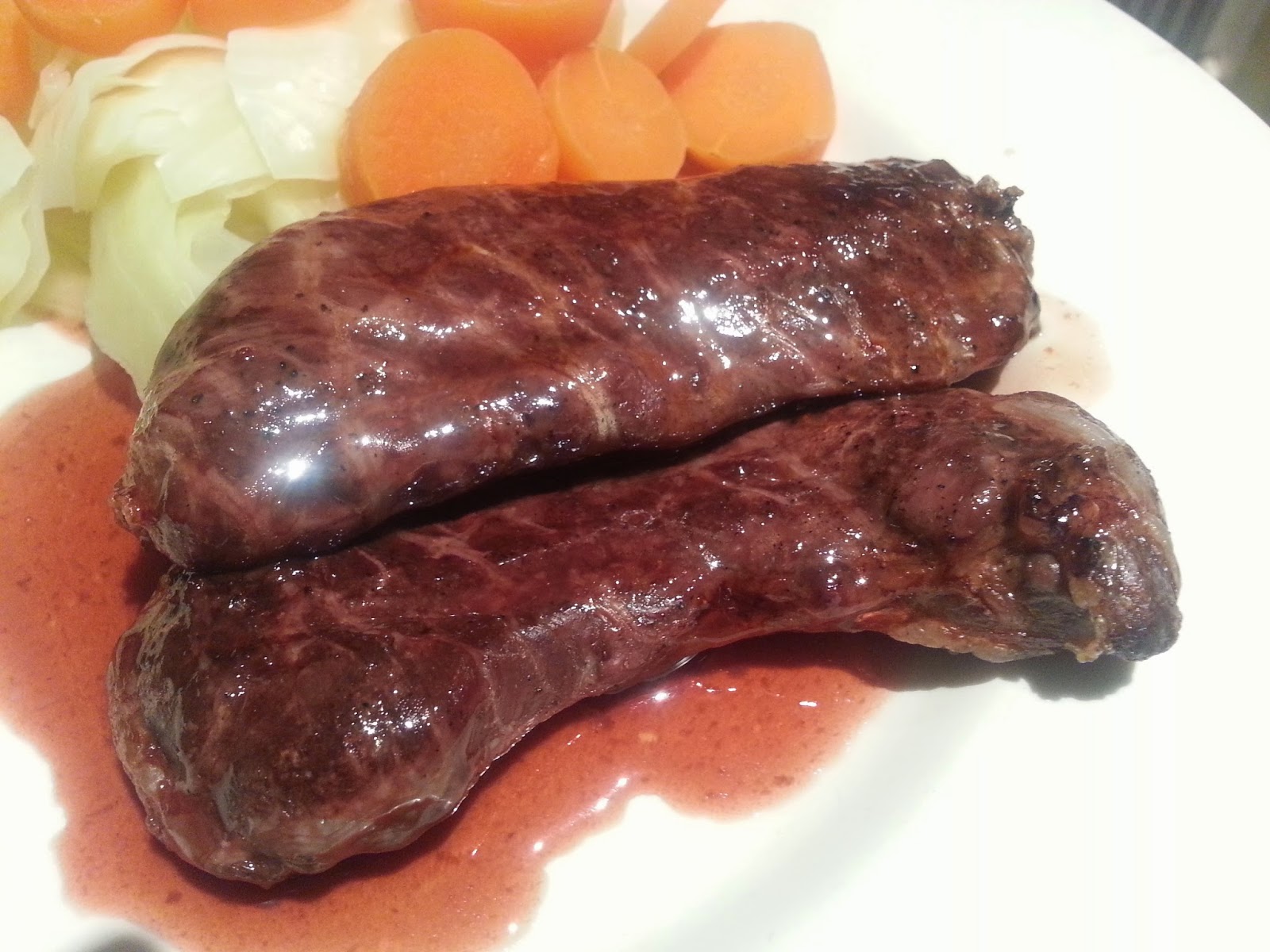 #396 Venison Chops and Steaks. These were great and tasted lovely with the sweet #394 Venison Sauce that I served them with. The thin steaks remained really moist inside their caul casing. By the way, if you can’t find caul fat, I would suggest searing them in a very hot pan in oil and butter and then basting them regularly on a lower heat or in the oven. Jane’s method is a good one ad so it can only score highly, seeing as I love venison: 8.5/10

Posted by Neil Buttery at 7:22 PM 2 comments: Links to this post 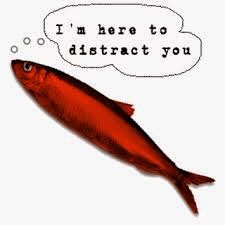 Here’s a recipe – or, rather an entry with advice – from English Food that I thought I would never get to cook for two reasons. The first was that I suspected that Jane was having a little joke at our expense and that her entry on red herrings was actually a red herring in itself! Having only ever used the expression and never laying eyes on the food, the penny did not drop for a good while that the saying must have come from somewhere. So, after looking in a few other books I decided red herrings were, in fact, real. 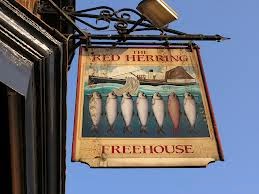 The Red Herring Freehouse, Great Yarmouth
According to Jane’s entry, they are made in Great Yarmouth, and although they have fallen out of favour her in the UK, they are shipped over to the Caribbean in their droves where they are still a very popular food, indeed, a staple food:
Once they were slave food, now they are a food for the poor, a cheap, storable, provider of protein.
So if they are made in abundance on the south coast of England, a few must escape the net and show up in England itself, right? First I looked online, then in Afro-Caribbean shops in Manchester. Not a whiff. Then, when I lived in America, I detected a scent; apparently they are widely available in Afro-Caribbean stores. Well, not in any of the ones I looked in!
I was ready to give up hope, but then, when I returned to Manchester after my two-year hiatus, I eventually found somewhere that sold them, and that place was an online store called the Smelly Alley Fish Company, Reading. Hooray!
I ordered four and eagerly awaited their arrival. In the meantime I had to work out what to do with them. 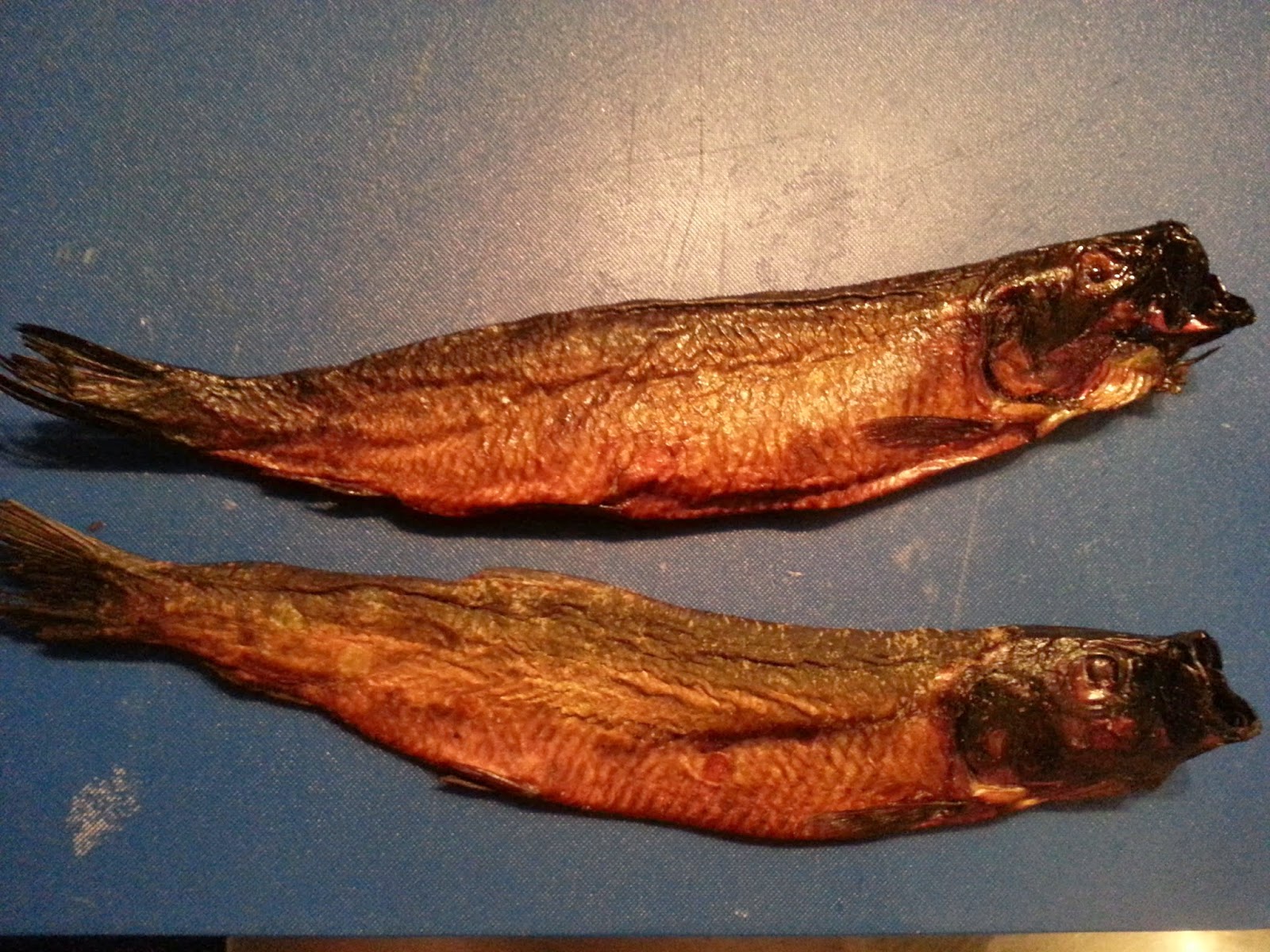 Before I tackle any recipes, I’d better tell you what a red herring actually is.
A red herring is a heavily brined and smoked whole herring, rather like a bloater, except it is brined for at least a week, dried, and then cold smoked for at least four weeks. It is this extreme curing that gives both its red coloration and its unbelievably long shelf life so that it can easily survive long journeys and the humidity of the Caribbean.
The red herring cure originated in Scotland, but the herring fished in the North Sea were fatty; making them delicious, but decreasing their shelf life. However, the herring caught off the south coast of England at Great Yarmouth had little fat, and therefore were perfect for trade, eventually outcompeting Scotland.
Red herrings were a staple food for poor people living inland during the Middle Ages, especially during Lenten days, and predated the kipper, which is a relatively new invention.
I love Dorothy Hartley’s description of them from her 1954 classic Food in England:
Red Herrings are a form of super-salted bloater, very popular on the western seaboard, specially [sic] in Ireland. They produce a terrible thirst – all artists seem to like them: I cannot account for this. Rudyard Kipling makes his “Hal o’ the Draft” cook salt herrings in the Cathedral, but he provides the only corroborative authority that I can produce for this notable dietetic discovery.
Note: At Hogmanay, if the [sic] Glasgow friend wishes you well, he slips a red herring down his sleeve into the palm of his hand as he grasps it.
Next New Year’s Eve, I shall try that trick.
Now we know what a red herring is, why is it used in the famous idiom? Red herrings were used as a method of training hunting hounds. A false trail using the pungent red herring would be laid so that the training hound or hounds could be taught to ignore the obvious strong scent and pick up the faint and subtle scent of their hare or fox quarry. Hence, when someone is falsely distracted from their path or purpose, they have been given a red herring. Every day’s school day.
So what do you do with your red herring, once you have found it? Well, here are Jane Grigson’s instructions, which as per the rules of the game, I must follow:
If you ever manage to buy some, soak them well in water or milk. Then grill them or toast them in front of the fire, basting them with butter or olive oil. Serve them with scrambled eggs or potatoes mashed with plenty of butter. Or think of them as anchovies, to be used as a relish rather than a main food.
All good so far, but they are so dry, I wasn’t sure how long to soak them for. Hours? Days? I needed more instruction.
In Good Things in England (1932), Florence White gives us an 1823 Great Yarmouth recipe:
All well and good, but mine were not moist, but as dry and hard as if mummified.
Here’s a recipe from a lady called Meg Dodd’s, via The Scots Kitchen: Its Lore & Recipes (1929) by F Marian McNeill:
Skin, open, and trim red herring. If old and dry, pour some hot small beer or water over them and let them steep a half-hour, or longer if hard. Broil them over a clear fire at a considerable distance, or before the fire; rub them with good oil or fresh butter while broiling, and rub on a little more when they are served. Serve them very hot with cold butter, or with melted butter and mustard, and mashed potatoes or parsnips.
And finally, from the Smelly Alley Fish Company’s own website:
To cook them, soak for 48 hours, then fry with tomatoes - a great breakfast! They are great as they are (they don't need to be cooked), and as they are very salty, you might need a pint of beer to drink with them. I took Jane’s instruction and soaked them in milk, in the end, overnight. The next morning, the house awoke to the pungent smell of soaked red herrings. I fished them out of their now rufous milky marinade and grilled them smeared in butter, serving them with eggs for breakfast.
They were still pretty dry after all that soaking, though the roes found inside were nice and soft, and quite possibly the saltiest things I have ever eaten in my life. Trying to eat the flesh of the herring was tricky as it could not be parted easily from the bones. I had, as warned, a huge thirst, and the smell of red herring had still permeated my little terrace a week later.
#395 Red Herrings. What to say of red herrings!? Well they did taste good, but they were so unbelievably strong in flavour, and so difficult to eat (think fish jerky) I barely ate half of one. I think I need to revisit them following advice from those other recipes. A slow simmer in some hot milk might be a good idea, to help rehydrate the fish, or give a two-day cold soaking, but I think that it might be best cut with plenty of butter as potted red herrings or something like that. I have two left, so shall keep you posted on that one. Score? 7/10 I think, because the flavour was great, given even its pungency, it just needs taming! 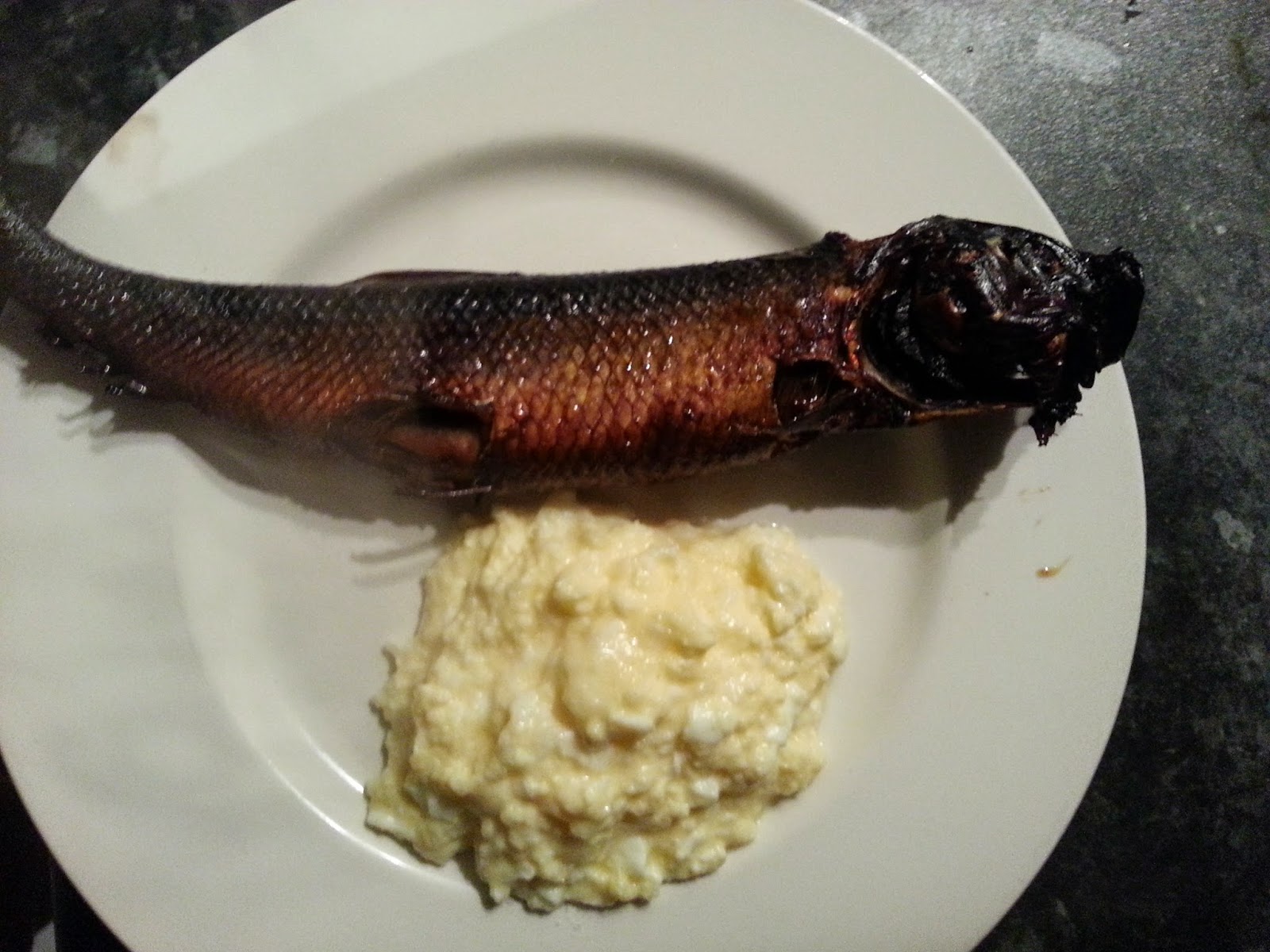 Posted by Neil Buttery at 3:40 PM 2 comments: Links to this post